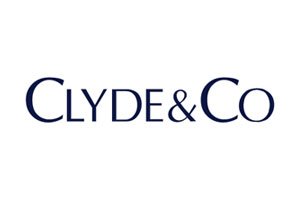 Cyber hackers continue to hone in on the shipping industry, considered a vulnerable and highly lucrative target, as demonstrated by the 400% increase in attempted cyber hacks on maritime companies between February and June 20201. Ransomware attackers are reported to have made at least USD 350 million worth of cryptocurrency in 20202, a steep rise from under USD 50 million in 2018. With these numbers in mind, maritime sector participants, from the smaller shipping outfit to the largest players would be well advised to think about their potential exposure to cyber-risk as well as the steps they should be taking to mitigate the risk of a cyber security incident such as a ransomware attack.

A ransomware attack, a malicious software programme installed remotely to block a user’s access to its computer systems or data with the intent of extorting a ransom payment in exchange for access, typically strikes unexpectedly. A shipping business locked out of its IT systems would have difficulty communicating with its clients, suppliers, shipping agents, port authorities, and be unable to retrieve data, shipping documents, contact details. Although malware has been found aboard ship’s IT systems, the majority of cyber-attacks have been perpetrated on shore-based systems, business offices and data centres from which ships, clients and personnel are managed and the logistics of transport organised.

A ransomware attack not only encrypts a business’ IT system, crippling it operationally, but it is also often accompanied by a threat to publish sensitive information publicly or to the highest bidder on the dark web. The implications of this “double extortion” could be potentially damaging, even catastrophic. The cruise line sector, which holds large amounts of customer data, is particularly vulnerable. Hurtigruten, a Norwegian cruise line operator recently hit by a ransomware attack would have had to consider this threat and the possibility that the potential release of customer details could also raise serious data protection issues. We will be examining the subject of data protection more closely in our next update…